Online Event. This seminar is in Norwegian language 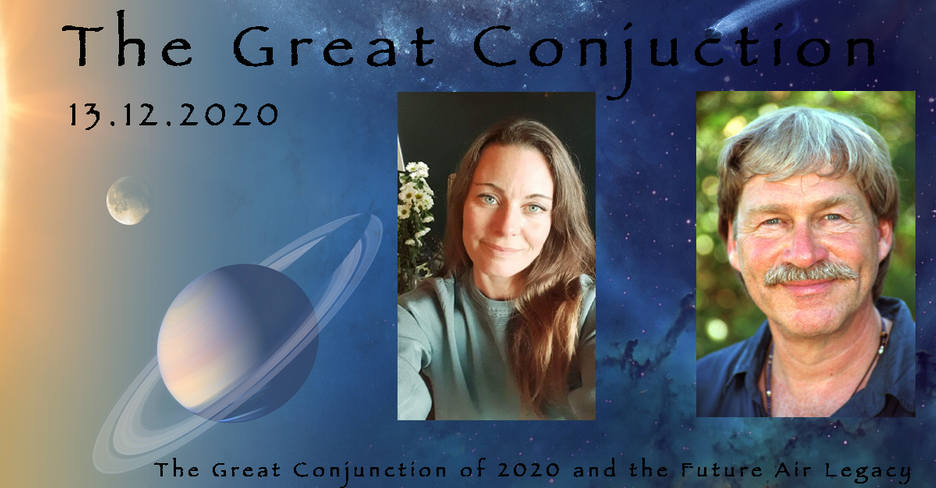 Then contact Arhat senteret on PM or mail to Katharina at westblikk@yahoo.no
after paymwent has been made to get the zoom link to the event.

The Great Conjunction of 2020 and the Future Air Legacy

In the midst of despair over the ongoing coronavirus pandemic, we have a celebration coming up at the end of a difficult year that brings with it a ray of sunshine. This refers to the Great Conjunction of Jupiter and Saturn, which takes place every 20 years like clockwork. The next one happens right at the Capricorn Solstice of 2020, occurring in the first degree of Aquarius just as the Sun enters the preceding sign of Capricorn, a mystical timing that coincides with the final entrance of the Conjunction into the Air element. This will be the theme for the next approximately 200 years, just as Earth was the theme of these past two centuries. The significance of such an important birth, of the Conjunction into Air, cannot be overestimated.

At the outset it will be recognized that these are two very different elements, and yet we can reflect on certain similarities as well. The two exemplars of these two elements that we find at the end of this particular and extremely climactic year, are Jupiter and Saturn at the beginning of Aquarius, and the Solstice Sun at the beginning of the preceding sign, in the element of the prior 200-year cycle, namely Earth. The sign that the Sun occupies is of course the sign of Capricorn, where also the 2020 Saturn-Pluto conjunction has reigned throughout the year. And Aquarius and Capricorn are both possessed of qualities of their ancient ruler, Saturn, which in its highest manifestation is concerned with the betterment of the evolving social matrix in which we live and have our being.

The Sabian symbols of these two degrees, the first of Aquarius, and of Capricorn, are redolent of this ancient wisdom. For the first degree of Aquarius we find a fitting image of the solidity of the system of agreements and inter-connection that we have built up over the centuries to enclose us: it is “An old adobe mission.” The first degree of Capricorn has as its emblem in this Sabian system: “An Indian chief demands recognition.” This symbol is also apt, and quite timely for our present day societal situation, when the indigenous peoples of the world are seeking their rightful seat at the table as preservers of the old knowledge, and as advocates for a modern creative diversity that breathes new vitality into social forms that are sorely in need of it.

As we look more closely into this upcoming solstice configuration, we find within it many indications of the new societal birth that is coming, painfully as births do come, but inevitably.

Join master astrologers Katharina Tabitha Marion Westblikk and Henry Seltzer for an enlightening workshop on the sacred meanings of these times that we are living through, and also on what newly discovered planets have to communicate to us in these dramatic and interesting times. Be sure to bring your chart for the second part of the online gathering!
-------------------------------

Henry Seltzer is an astrologer with over 30 years of experience. A well-known speaker and writer, holding degrees from MIT, NYU, and UCSD, his publications include The Tenth Planet, about Eris, and the TimePassages astrology software for desktop platforms and iPhone/Android. His approach to astrology is based on personal transformation, an optimistic assessment that people want to understand their lives and grow as individuals. He carries on an active astrological counseling practice in Santa Cruz, CA.

Katharina Westblikk is a Esoteric Astrologer and Raja yoga teacher from Bergen Norway. She is the founder of Arhat center and runs Polaris Astrology school. She loves to be of service ,helping others find their way back to their true soul/essence.
www.Esoteric-wisdom.com 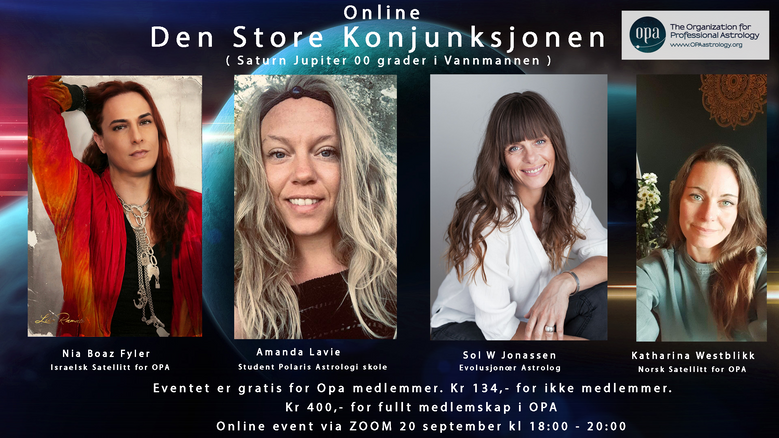